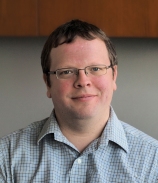 Dr. Joel Watts obtained his B.Sc. (Honours) in Biochemistry from the University of Western Ontario in 2003. For his 4th year research project, Joel worked in the lab of Dr. Stan Dunn in the Department of Biochemistry on the biophysical characterization of the ATP synthase b subunit from the thermophilic bacterium Thermotoga maritima. Dr. Watts then pursued graduate studies in the lab of Dr. David Westaway at the University of Toronto within the Department of Laboratory Medicine and Pathobiology (Dr. Westaway is now the Director of the Centre for Prions and Protein Folding Diseases at the University of Alberta). During his Ph.D. studies, Joel was co-supervised by Dr. Gerold Schmitt-Ulms. Joel’s thesis project involved the characterizing two proteins of potential relevance to prion biology and disease: Shadoo and DPP6 (also known as DPPX). Joel’s graduate work demonstrated that Shadoo shares many biochemical and functional similarities with the cellular prion protein (PrPC) and that Shadoo levels are dramatically reduced during prion disease. Dr. Watts received his Ph.D. in 2008 and then moved to San Francisco to pursue postdoctoral studies in the lab of Nobel Laureate Dr. Stanley B. Prusiner at the Institute for Neurodegenerative Diseases within the University of California San Francisco. Joel’s postdoctoral work focused on developing new transgenic mouse models of prion disease as well as exploring the prion-like properties of Aβ and α-synuclein, which are implicated in the pathobiology of Alzheimer’s disease and Parkinson’s disease, respectively. In 2014, Dr. Watts was recruited back to the Tanz Centre for Research in Neurodegenerative Diseases where he is currently a Principal Investigator. Dr. Watts is also appointed as an Assistant Professor within the Department of Biochemistry at the University of Toronto.